International football fever is set to grip the sporting world, with the Euro 2020 championships beginning from June 12. While Germany and Spain are the most successful teams in the competition, France are the outright favourites for many alongside defending champions Portugal. Teams like Belgium and England are strong contenders to bag their maiden European championship title while the likes of Italy and Netherlands are being labelled by many as ‘dark horses’.

Euro 2020, the biggest European football competition featuring international teams, is incredibly popular all across the globe and it also gives other non-European football fans an opportunity to support an ‘adopted country’. The tournament also enjoys significant popularity in India, a cricket-loving nation, that was left heartbroken after the Indian Premier League (IPL) 2021 campaign had to be suspended.

For those making this transition from cricket to football, here’s a handy guide on which team to support based on the franchises they follow in the IPL.

Portugal = Chennai Super Kings: One has Cristiano Ronaldo and the other has MS Dhoni. The two veterans are among the biggest superstars in their respective sports but have come to an age where a repeat of the past glory days isn’t as easy. However, there’s a lot more in common between the two teams.

While the Super Kings were ridiculed by many after producing an unimpressive IPL 2020 campaign, Portugal have also been looked down on as a mediocre side for a while. In fact, Portugal’s Euro 2016 title triumph stunned the football world as most pundits and experts had even doubted their ability to reach the semi-finals of the tournament.

Coming into Euro 2020, Portugal have one of the finest teams, with several youngsters emerging to elevate their statuses from prodigies to superstars. Just like CSK have players like young and newly signed players like Sam Curran, Deepak Chahar, Moeen Ali, Ruturaj Gaikwad, Portugal also have Bernardo Silva, Ruben Dias, Andre Silva, Diogo Jota, Bruno Fernandes Joao Felix, etc. to give credibility to the team’s credentials. 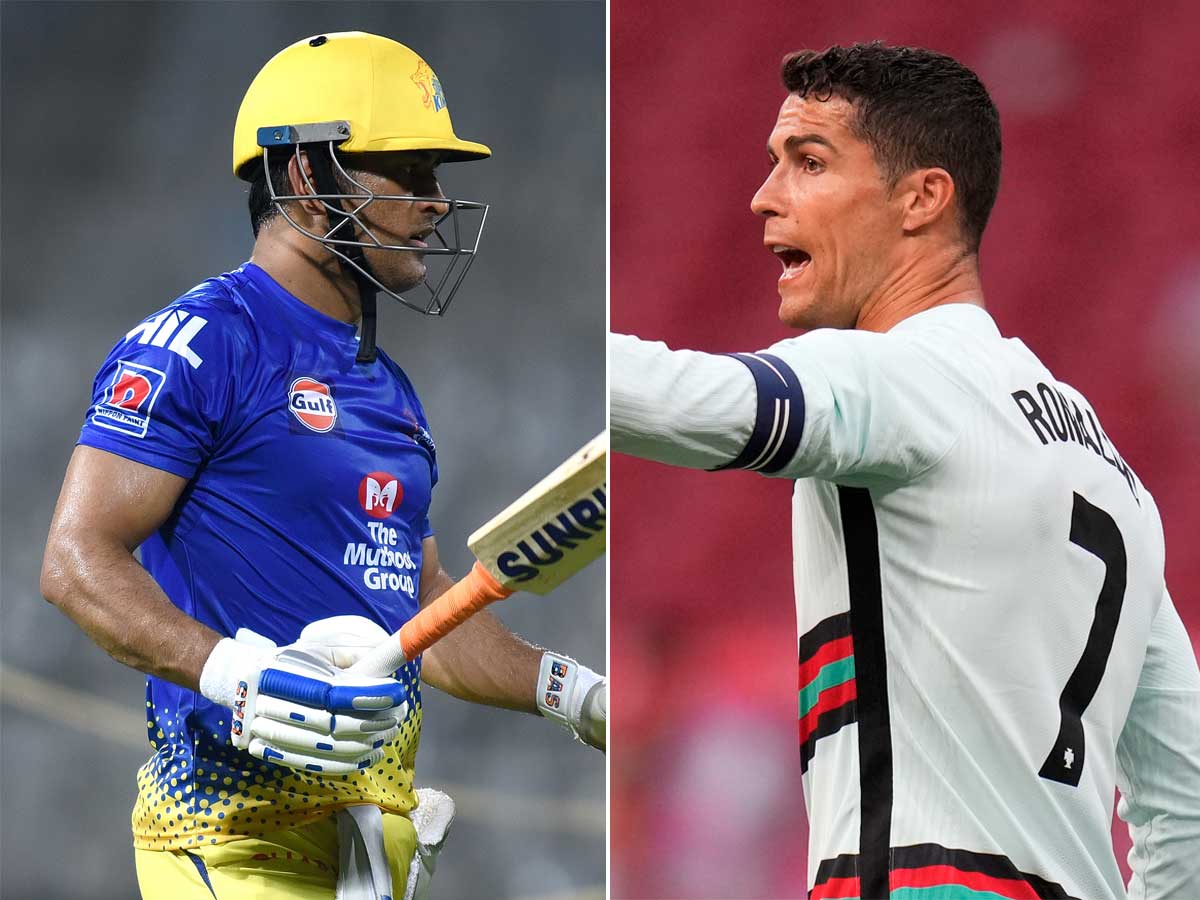 England = Delhi Capitals: The Three Lions have superstars in all areas of the field and enviable bench strength. England manager Gareth Southgate named four right-backs in his 26-man squad, though Trent Alexander-Arnold was later ruled out. The competition for places is so tough that the likes of Jesse Lingard, James Ward-Prowse, Danny Ings, Jamie Vardy failed to even make the cut.

Delhi Capitals, who didn’t have the services of their skipper, Shreyas Iyer, in the first half of the season, presently hold the top spot in IPL 2021 points table. The likes of Steve Smith, Anrich Nortje, Sam Billings, Chris Woakes struggle to even break into the playing XI of the team much like England where some star players barely get gametime. 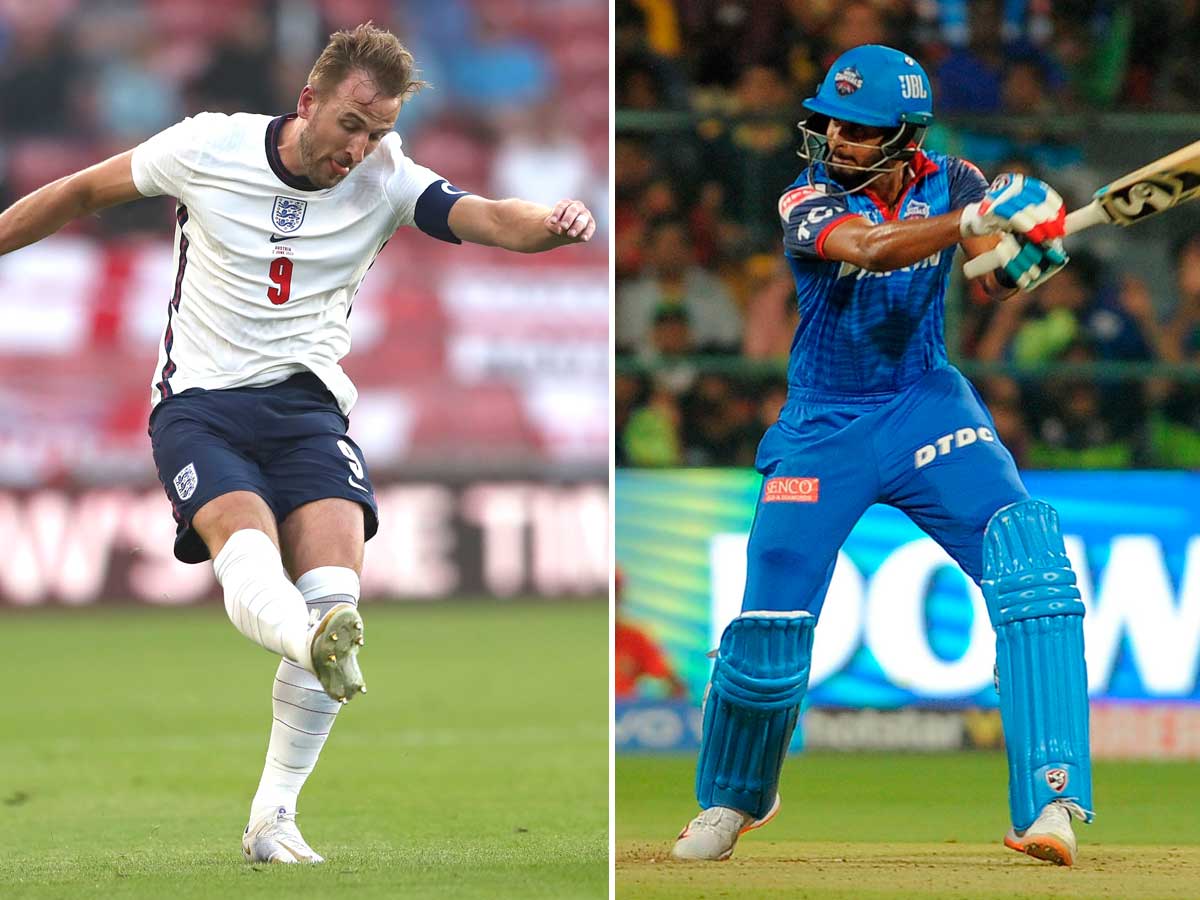 France = Mumbai Indians: The two teams with arguably the biggest superstars in their respective sports, France are the reigning world champions while Mumbai Indians came into IPL 2021 chasing a hat-trick of titles.

France were knocked out in the final of Euro 2016 and coming into Euro 2020, they are seen as the absolute favourites by many pundits. With players like Kylian Mbappe, Antoine Griezmann, Ngolo Kante, Paul Pogba in the team, France will be the team to beat in Euro 2020. 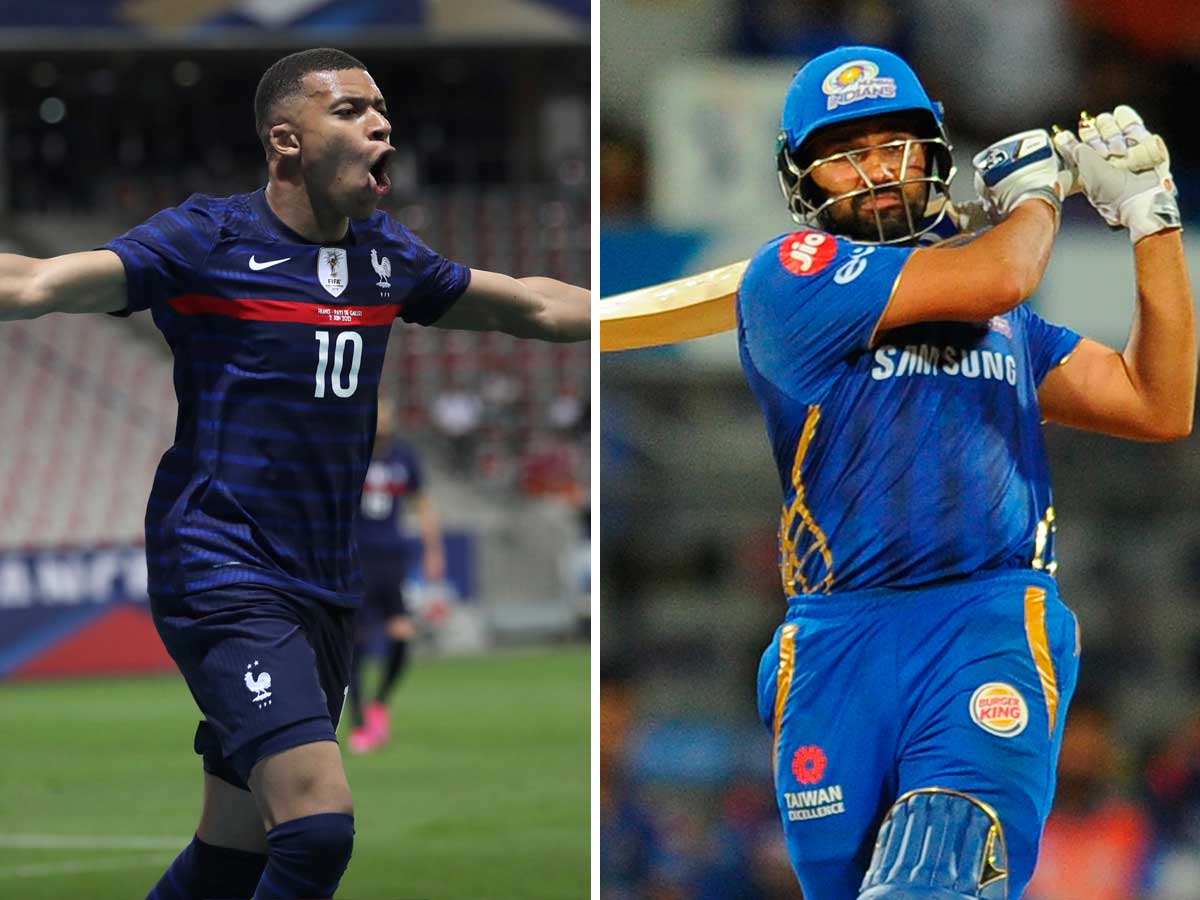 Belgium = Royal Challengers Bangalore: Both the teams have some of the finest players in the world but haven’t yet tasted title success. While Belgium have emerged as strong contenders for Euro 2020 championship, RCB have also put in a strong fight in the first half of IPL 2021, strengthening their case for the title.

Virat Kohli and AB de Villiers are unarguably the two biggest stars in the RCB team while Kevin de  Bruyne and Romelu Lukaku hold similar stature in the Belgium team. After qualifying for playoffs after a long gap last year, RCB are among the biggest title challengers this season in IPL. Similarly, Belgium had finished third in the FIFA World Cup 2018 and have since only looked stronger. 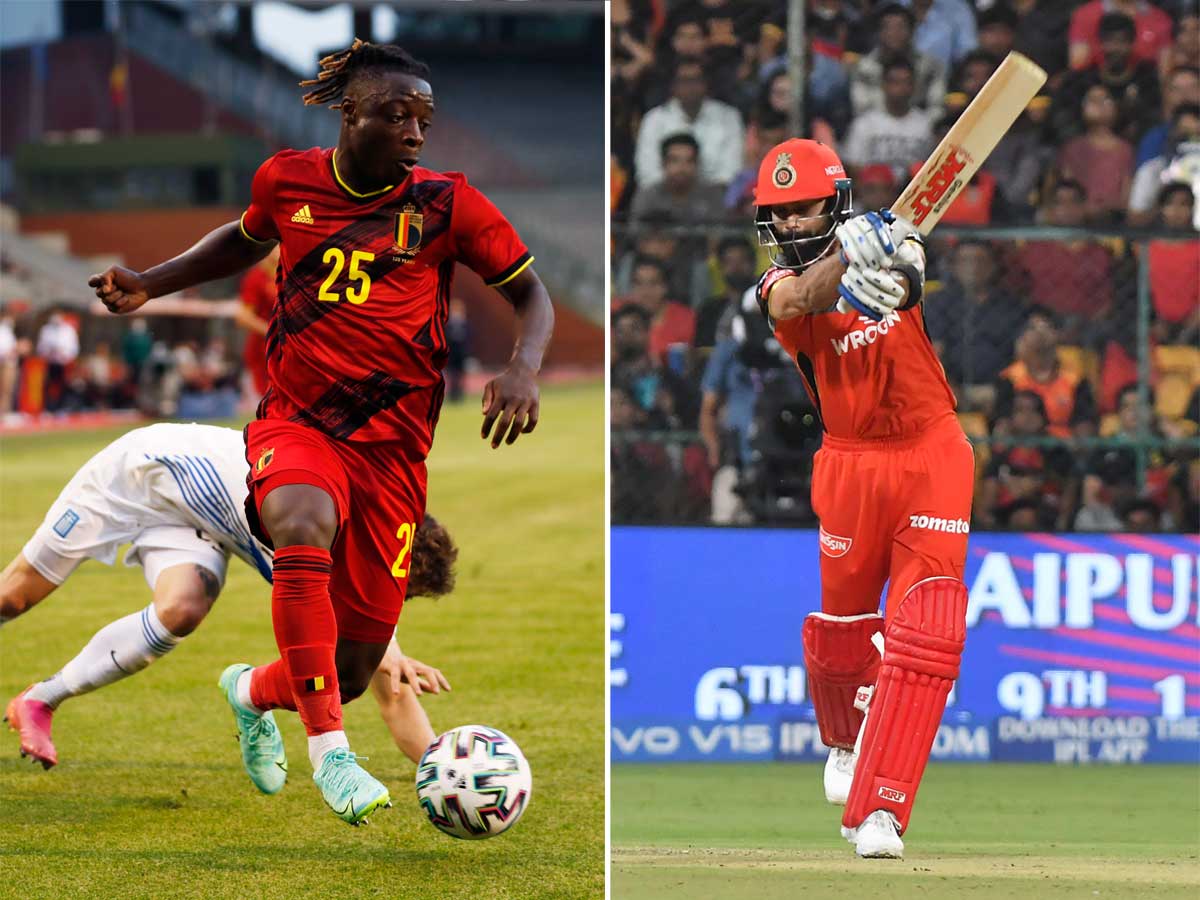 Germany = Kolkata Knight Riders: Germany are among the most successful teams in the competition but have been off-steam over the last few years. While the Germans have won European championships thrice, the Knight Riders also have two IPL titles to their name.

After reaching the semi-finals of Euro 2016, where they were beaten by Italy, Germany have been on a downward spiral under manager Joachim Loew. Germany couldn’t even progress from the group stage of the 2018 FIFA World Cup and haven’t produced the sort of performances since that saw them win the 2014 FIFA World Cup.

KKR, despite possessing some brilliant names on their team roster, have had a similar run the last few years. Victorious under the leadership of Gautam Gambhir, KKR have failed to even progress from the league stage of the competition in the last two seasons. Even this year, they are struggling.

Incidentally, KKR had also last been crowned champions in 2014, the same year Germany won the World Cup. For fans, while KKR have Shah Rukh Khan, the Knight Riders have Joachim Loew (a conceptual SRK for Indian football fans). 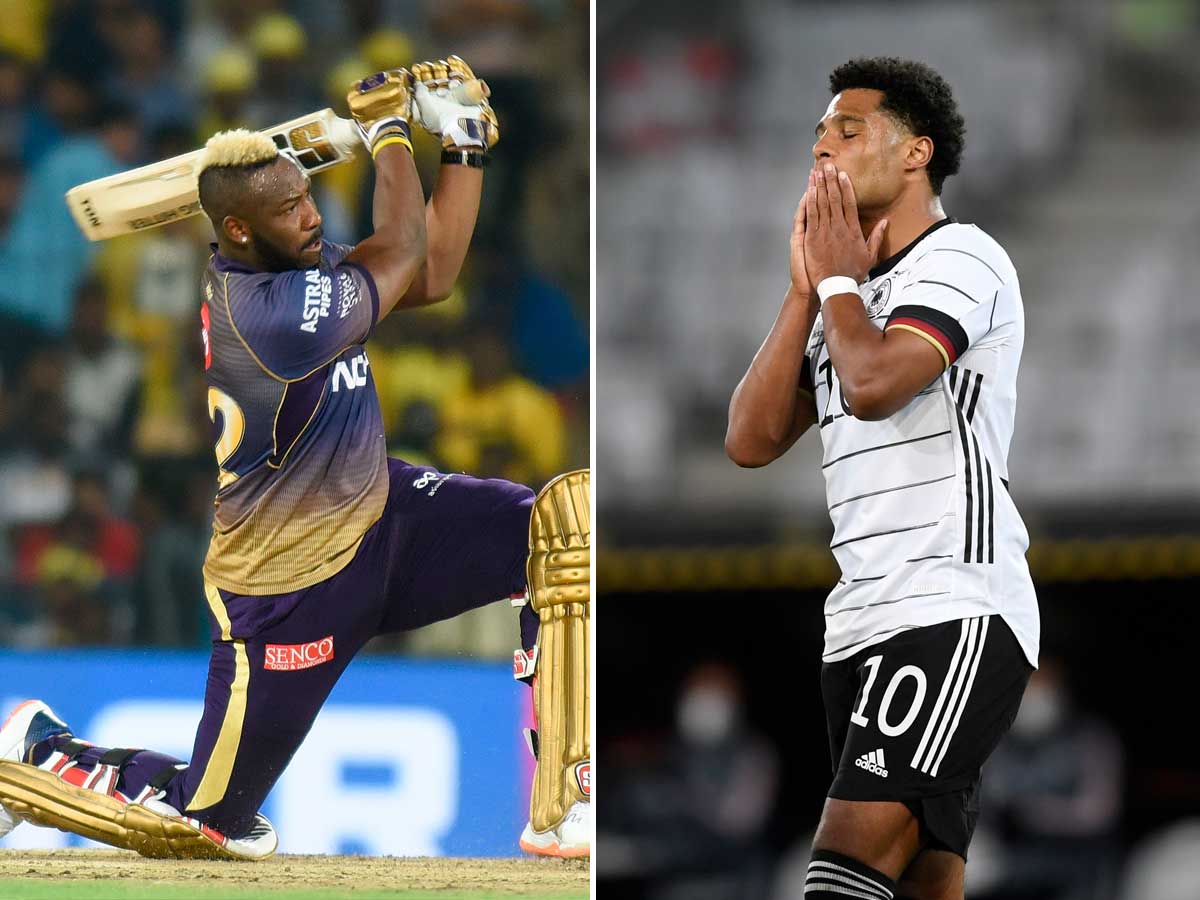 Spain = Sunrisers Hyderabad: Since winning the Euro 2012, Spain haven’t quite produced the level of performance that saw them win three major titles on the trot. Both the teams were once among the most balanced but at present, struggling to find the right balance.

Spain only went as far as the Round of 16 in both Euro 2016 and FIFA World Cup 2018 tournaments. The departures of Xavi, Iniesta, Cesc Fabregas, David Villa and a few such players have had a huge impact on the team that is presently struggling to even find the right balance.

SRH also have relied hugely on their overseas lot while the Indian players have been quite inconsistent. In IPL 2021, the Sunrisers sit bottom of the points table at the halfway mark. Much like SRH in IPL 2021, Spain aren’t being counted among the title challengers this year. Yet, they are two teams that most neutral fans respect. 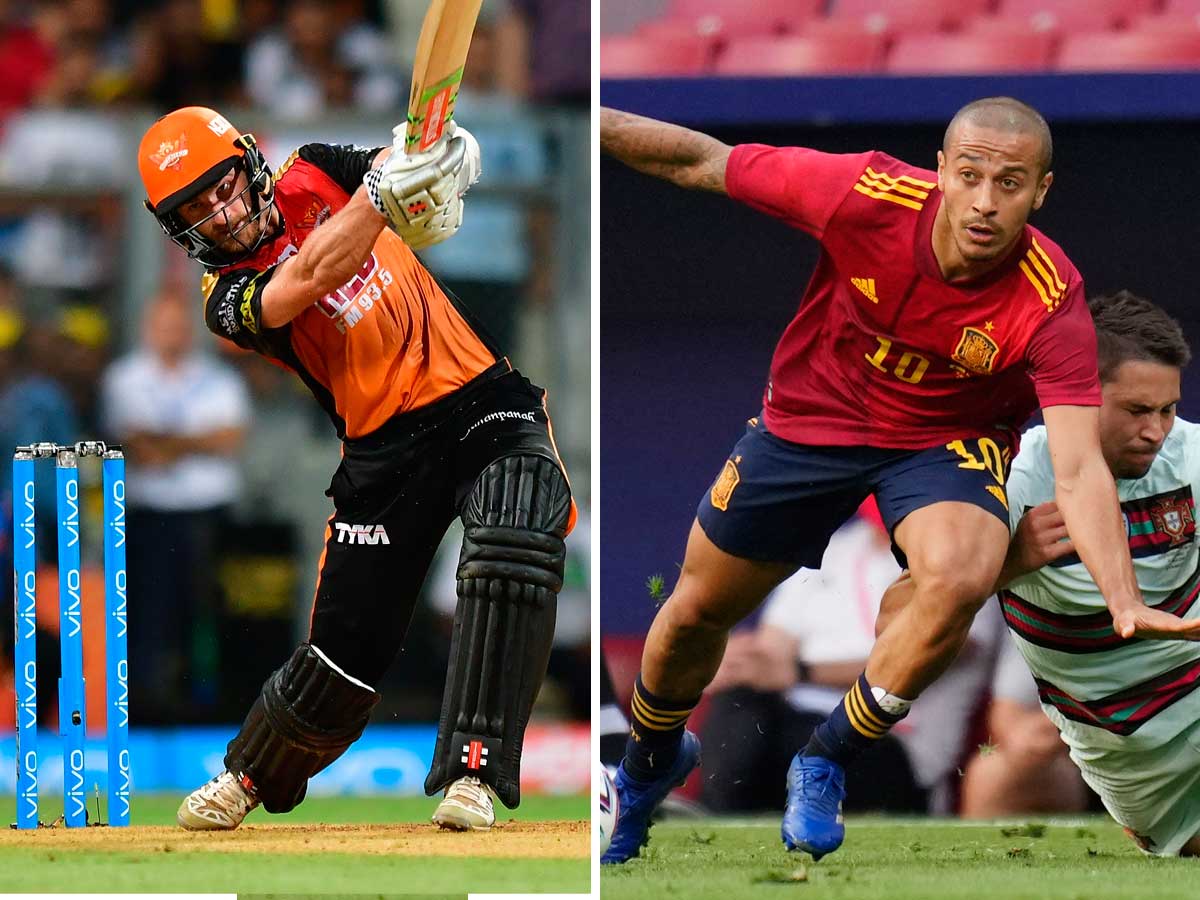 Netherlands = PBKS: Barring a few top individuals, both the teams have a relatively weak roster. Punjab Kings have the likes of Chris Gayle, KL Rahul, Mayank Agarwal and Mohammed Shami in the ‘stars’ category but hardly anyone else in the team is around the same level.

Even the Dutch only have players like Mathijs de Ligt, Memphis Depay, Luke de Jong, Georginio Wijnaldum that fit in the ‘stars’ category. A few other players do have the potential but haven’t yet proved themselves at the top level, much like the case with PBKS is in IPL 2021. 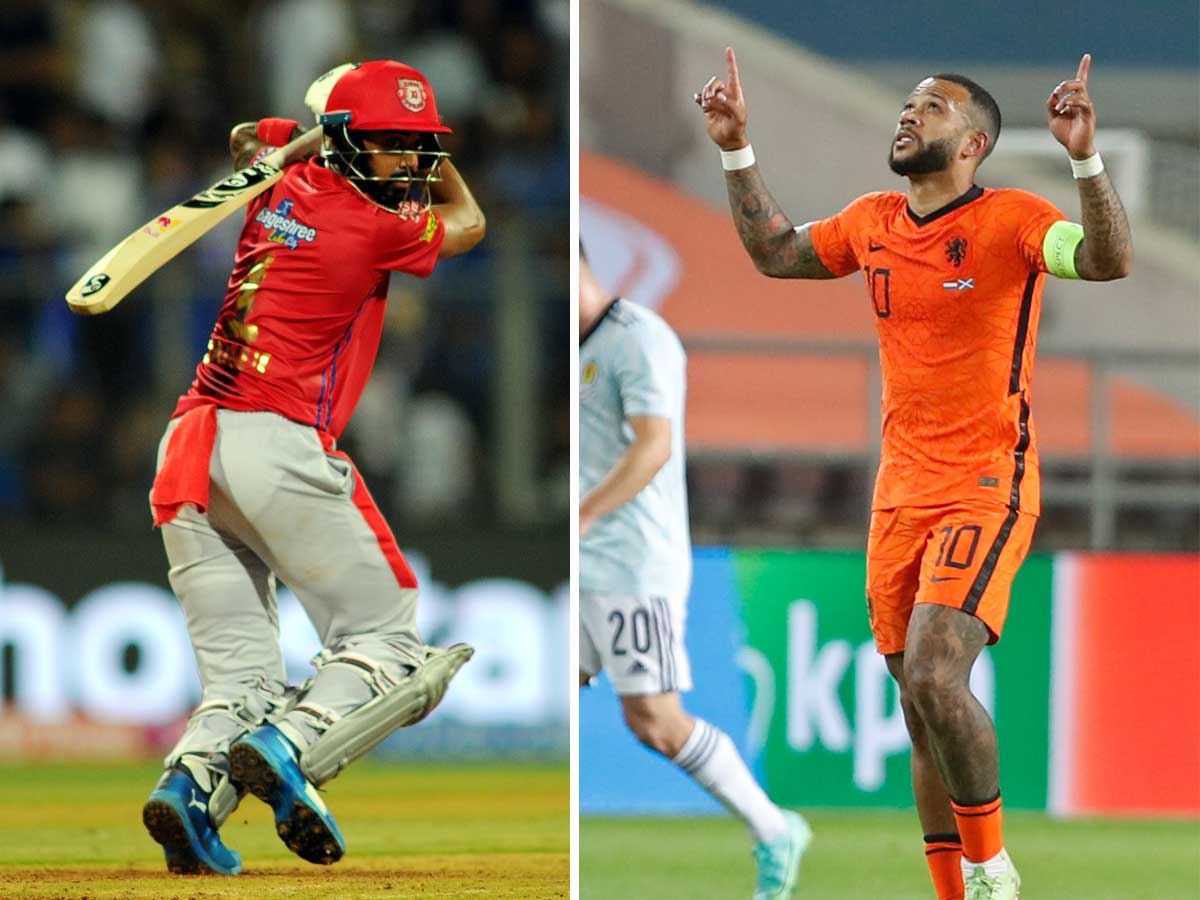 Italy = Rajasthan Royals: Two teams which have a good reputation because of their historic results. Italy had won their only Euro title back in 1968 while Rajasthan were the winners of the inaugural edition of IPL.

Italy last reached the final of the European championship in 2012 and have since mostly struggled to put up same level of performances. With a relatively younger squad with fresh enthusiasm, Italy have produced good results in the buildup to Euro 2020.

Rajasthan, under a new leader like Sanju Samson and some exciting new players in the team, have done reasonably well to remain in contention for a playoffs finish despite injuries to some key players. Be it Italy or RR, both the teams have the ‘dark horses’ tag on them in their respective tournaments this year. 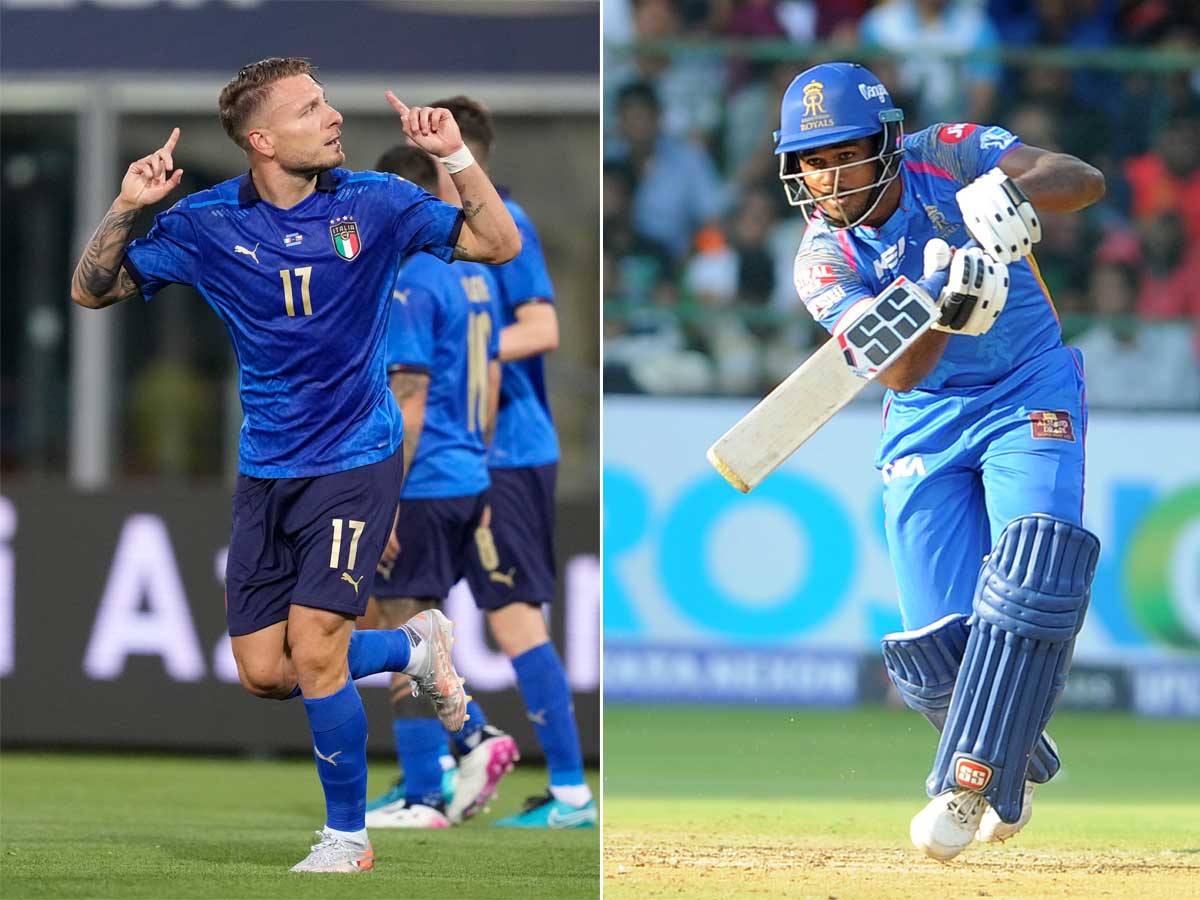 So IPL fans, which team are you supporting in Euro 2020?