India must start its road to economic recovery now – Mint 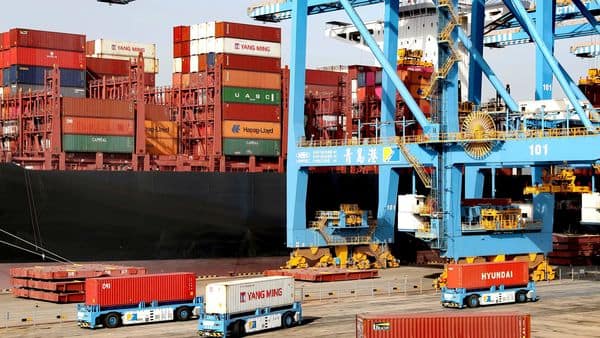 At the beginning of 2021, when S&P Global Ratings forecast Indian gross domestic product growth at 11% for the coming financial year, the number looked eminently achievable. Last month, the Goods and Services Tax — a good barometer of economy activity — hit 1.41 trillion rupees ($19.1 billion), its highest ever monthly collection. Indeed, it’s been higher than the benchmark Rs. 1 trillion for seven consecutive months and higher than the same month for the last year for eight consecutive months.

India’s international merchandise trade reached $34 billion in March, the highest ever, and stayed over $30 billion in April. Many short term economic indicators — auto sales, electricity consumption, highway toll collection — were also pointing to a strong recovery after a crushing 2020.

But that’s when the second wave of the pandemic hit with a vengeance. The daily case count went up from 81,000 on April 1 to more than 402,000 thousand on April 30. India’s healthcare system came under severe stress the same month. As the outbreak grew worse, state governments applied restrictive lockdown measures that halted the nascent economic recovery in its tracks.

According to the Centre for Monitoring Indian Economy — a think tank — the unemployment rate grew from 6% in March to 8% in April. Studies show that more than 200 million Indians are expected to fall into poverty as a result of shutdowns and healthcare costs. The S&P has now downgraded Indian GDP growth to 9.8%.

Most experts predict the second wave to recede by June. But the government has to start now to rebuild the economy. There are three parts to this. The most immediate involves vaccinations: choosing which sectors of the population get inoculated first will mitigate the negative impact on GDP. A government spending boost will then help backstop the downslide. Finally, structural changes must be initiated to ensure that India’s prowess in technology and manufacturing is leveraged to its highest potential.

Right now, the focus must be placed on vaccinations in the 53 cities with populations of a million-plus each. They are hubs of economic activity and need to be de-risked from a third wave. Second, workers in customer-facing businesses— hospitality, restaurants, aviation, storefront retail, local transportation, commercial real estate — should have priority. The sectors have all taken a hard knock, as in every other country; inoculations there will help build confidence for consumers to patronize them and move about again.

Government spending must then follow. At the end of 2019, the government released a National Infrastructure Pipeline, outlining capital expenditures of Rs. 120 trillion over five years. The announcement ran into the onset of the pandemic but this program should be expedited. With a gradual glide path to 3% fiscal deficit signaled in the union budget and buoyant direct and indirect tax collections, the government has fiscal headroom for this expansionary spend.

The aggressive spending plan is likely to face political opposition. A project to revamp New Delhi’s central vista is currently facing criticism. But there is no better way than infrastructure to rekindle animal spirits. Infrastructure is a job multipliers and that will help India’s unorganized labor market. These projects also catalyze growth in core sectors – construction, cement, roads, railways and real estate. One specific area of investment should be healthcare: Build modern hospitals in each of the 700 districts, upgrade all the 150,000 primary health centers and bring domestic vaccine production to 2 billion doses a year.

The government should continue to push for structural market reforms. A recent Credit Suisse study talked about how 100 unicorns – firms with more than $1 billion valuation – have sprung up in India in just a few years. Political opposition, however, has delayed the tough reforms that would encourage even more enterprise. Easier and cheaper access to capital, faster land acquisition for marquee projects and new business investments, bureaucratic agility, administrative transparency and a nimbler judiciary will go a long way. Encouraging more digitization of retail through simpler rules can further open the national market to small businesses. The government can further boost business confidence with the full privatization of companies like Bharat Petroleum Corporation and IDBI Bank and Shipping Corporation this year.

There isn’t much time. The ruling Bharatiya Janata Party faces huge tests in early 2022, when elections in Mumbai, the business capital, and Uttar Pradesh, the largest state, will drive the political narrative in the run up to the next national vote. An economic rebound would influence the two elections positively for the government.

The scars of the second wave of the pandemic will run deep but well-executed policy measures will help meet the challenge — and decide how far India’s rebound will go.